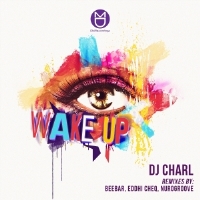 Charlton Ndlovu also known by the name of DJ Charl is a young talented producer who does Afro House music. Based in South Africa, Johannesburg. "Wake Up" features vocals from the bushmen in West Africa which has been married with House music elements to give the bump and groove on all dance floors across the world.